The television and video game industry are just absolutely RIDDLED with terrible attempts at referencing technology. Typically, these scenes will try to delve into some sort of computer-like concept, often related to computer networking, to try to improve the modernity of the content.

Before you say anything, I did pull a bit of inspiration from this Cracked article, but there are a few I’ve encountered on my own. I hope you enjoy!

My main reason for going into this one is that the aforementioned Cracked article mentioned that they’re not going to argue the technical details because they don’t feel like they’re qualified. I jumped on this like it was my job and began to listen and watch the video closely, so that I could use my technical expertise to specifically refute the obvious technical problems with this scene:

After said listening and watching, I have given up. I have nothing to say.

If I had a nickel for each one of these….I’d have quite a few nickels. We’ve all seen them, and it’s becoming a bit cliche to even speak about them because they’re so common, but Hollywood KEEPS DOING IT! Time after time, whenever movies or video games decide to mention IP addresses, they screw it up. Either there’s more than 4 octets, or one or more octets are higher than 255, or both. Take, for instance, this clip from CSI Miami(sorry for the polish narrator):

Shows like NUMB3RS, CSI New York, and video games like Quantum of Solace are all examples of what I just so happened to come across recently in the area of malformed IP addresses. In fact, they were a large part of my inspiration for this article. 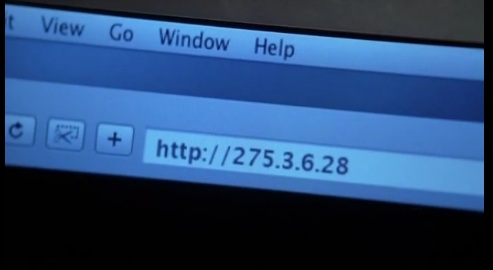 I’m not sure if this has happened yet, but I want to make sure I lay claim to this as early as possible. When and if TV shows pick up on IPv6 addresses, they are going to mess it up so bad. My specific prediction is that the most common mistake will be using letters beyond F in the addresses, though I’m sure colon misplacement will also be fairly common. We’ll have to see.

I recently purchased the game “Quantum of Solace” so that I could play online with my little brother. Part of the “Miami Airport” level takes place in what I’m guessing is the “server room” for the airport.

As a result of Bond’s barging in to this party, and the “bad guys” not appreciating his presence, a noisy shootout soon takes place. In the server room. 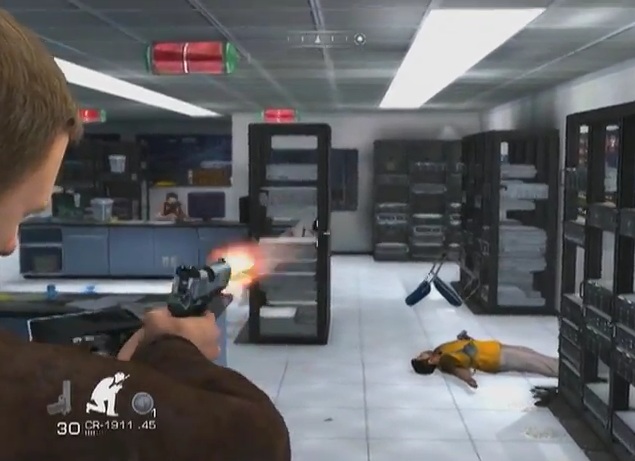 Now, to be honest, that’s not the main reason I thought of this particular scene, its just the most painful to watch. The earlier part of this scene included the following statement from someone back at MI6:

“Bond, network traffic out of the airport just dropped to zero. We think they’ve put a trojan in the system. Patch us into the nearest server so we can work on a bypass on our end.”

I laugh out loud every time I hear him say that.

Also, where are the network admins? If network traffic out of the airport has “dropped to zero”, and for some reason I’ve agreed to let MI-6 monitor my Miami-based airport production network, you can be damn sure that someone would be holding yet another gun to my head to get it back up and running. The question is: are gun shootouts in the data center classified as a “Layer 8” issue?

Those are my top three, though I’m sure this is going to make me more aware of it, and as a result I’ll find new instances as time goes on. I would love to hear any similar examples - feel free to post in the comments, or on the Keeping It Classless Facebook Page!