A little detour from the networking topics today to show off a little weekend  tech project.

I recently ran into some overheating problems with my home BYO PC. Core Temp was showing upwards of 70 degrees Celsius during normal operation, and under load, it would sometimes just shut down completely.

Here’s the setup I had as of 2 days ago: 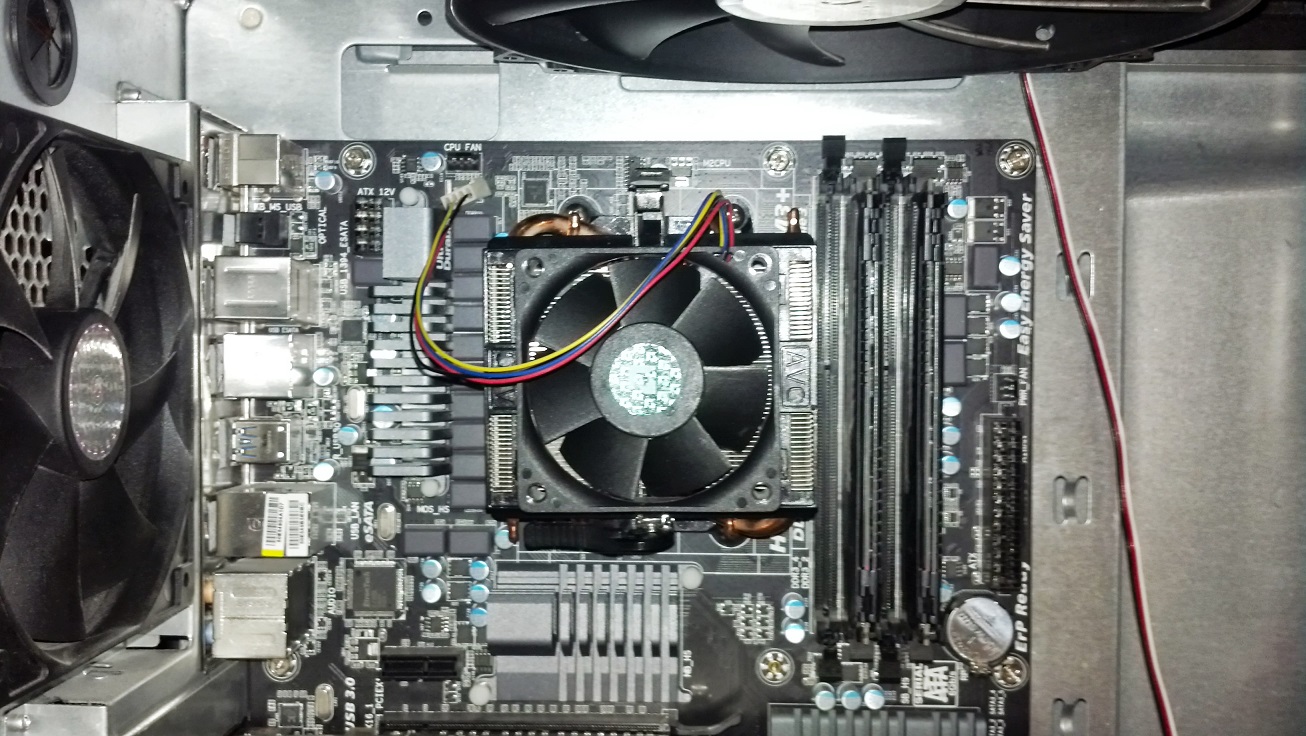 The rear fan, which takes air in, was not working due to a short. So, no cool air was being drawn across the CPU by that fan, and that dinky little stock heatsink wasn’t able to catch up with  the increased load.

Here’s a distant shot to give a little perspective. 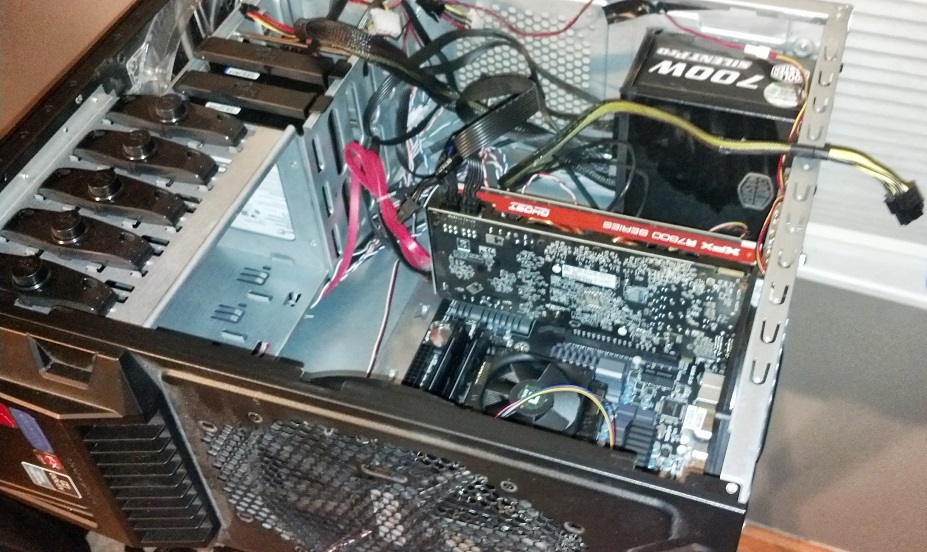 My CPU is an AMD FX-8120 Zambezi 3.1GHz  Eight-Core Desktop Processor, which isn’t the bleeding edge anymore, but still runs really well. Takes just about any workload I throw at it.

To address the problem of overheating, I went with the CoolerMaster Hyper 212 Evo. Post installation shots: 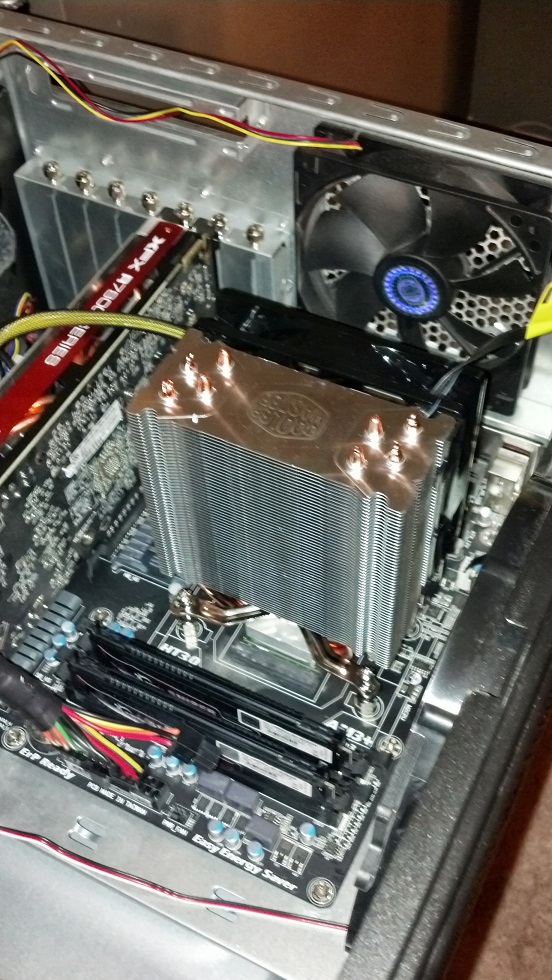 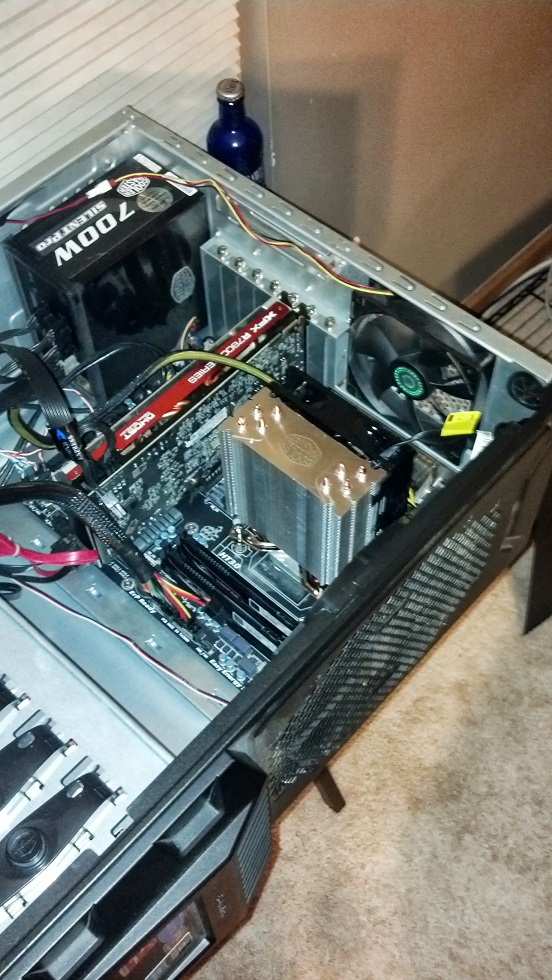 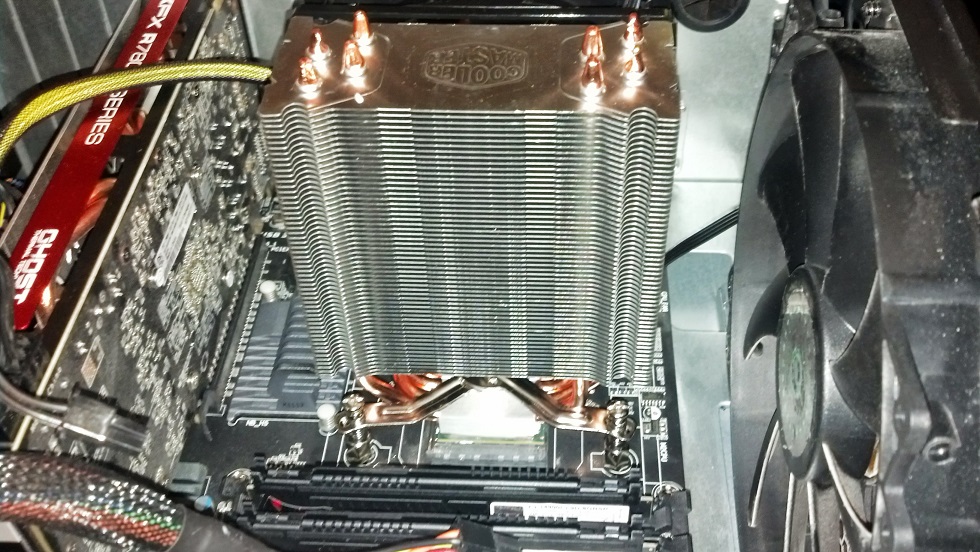 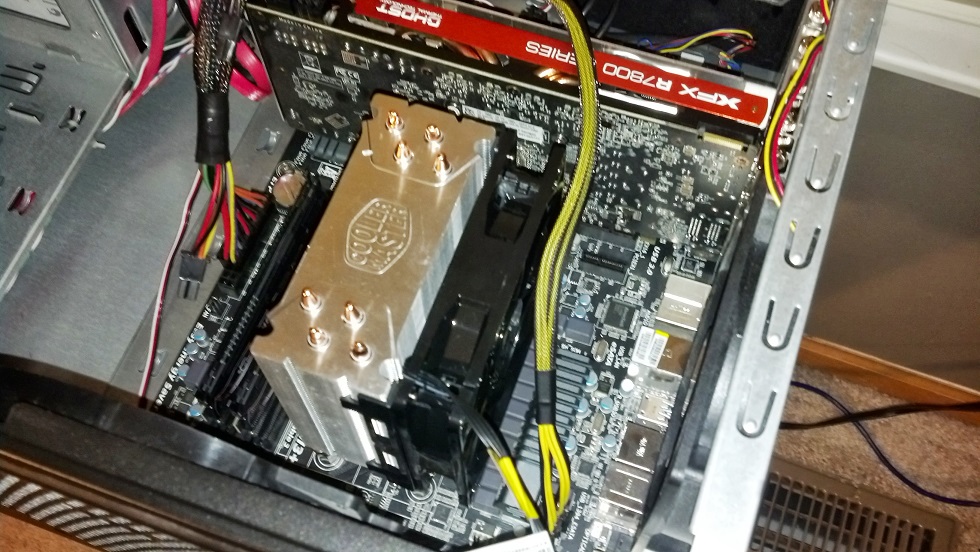 Overall, I’m extremely pleased with the performance. As you can see from the pictures above, the new heatsink is positioned vertically, so that airflow comes across the blades horizontally. As a result, I was able to take air in the now-working rear fan, pass it directly through that monstrous heatsink, and it goes right out the top - could not be more efficient. 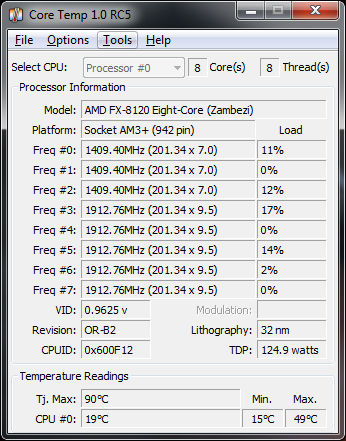 This has been running for about 24 hours, and during that time I threw all kinds of workloads at it. The MOST it reached was 49 degress fahrenheit. I’m idling at no more than 30 degrees, and under load it stays pretty close to 40. That’s about a 20-30 degree difference just by using a better heatsink.

So kids, the lesson today is that stock heatsinks suck.